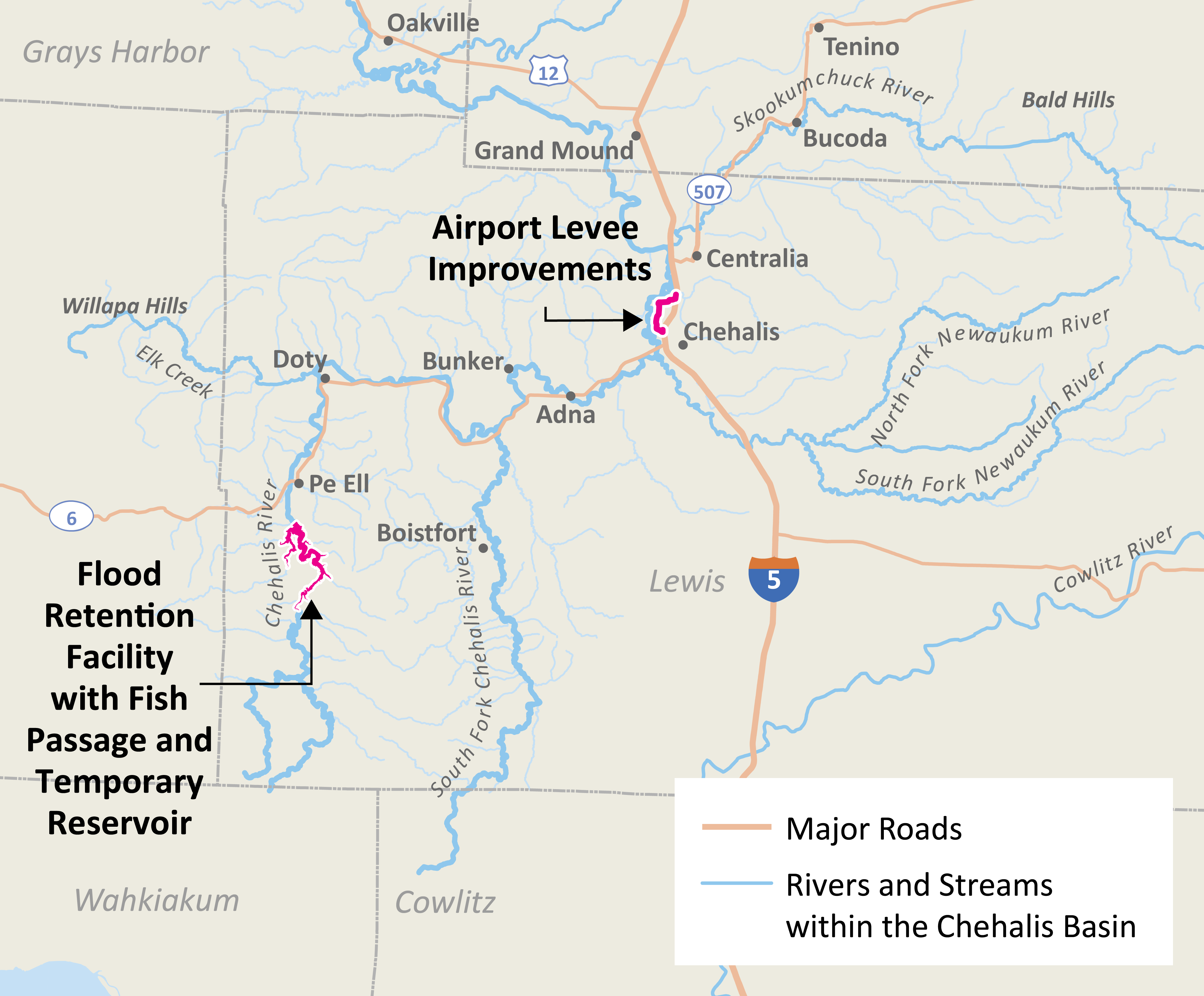 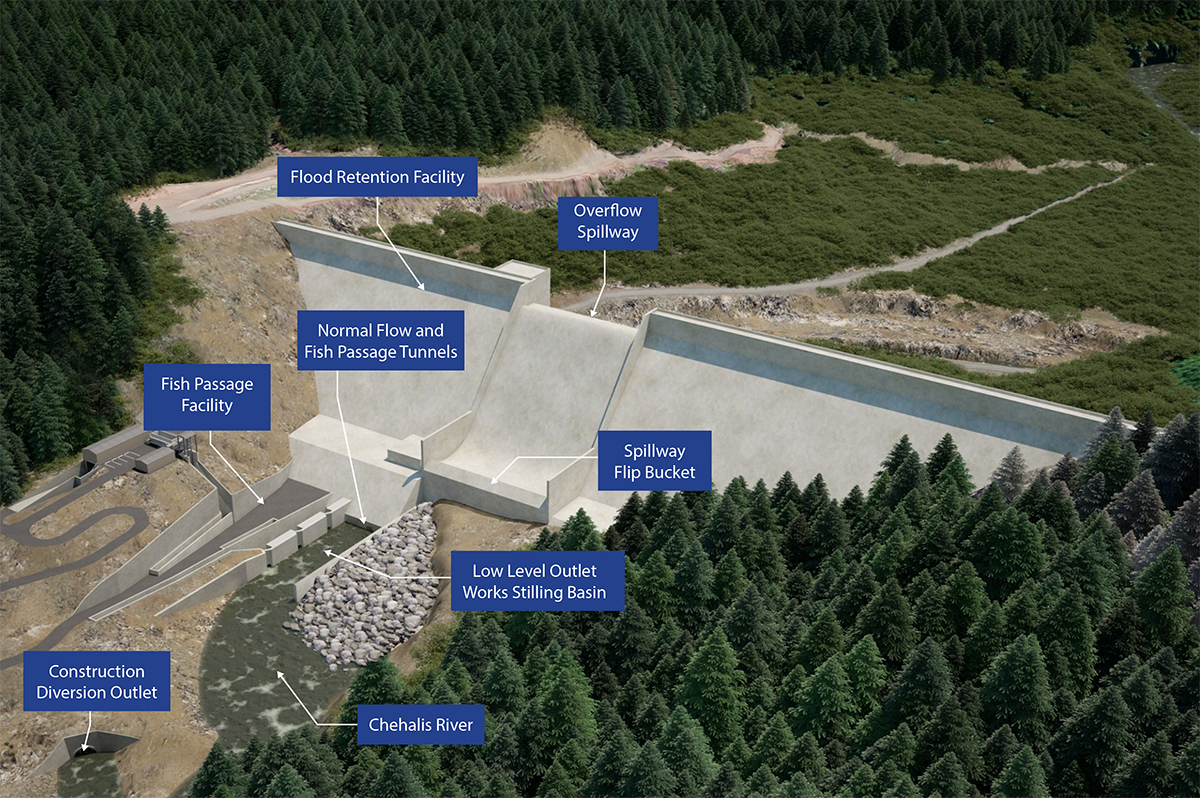 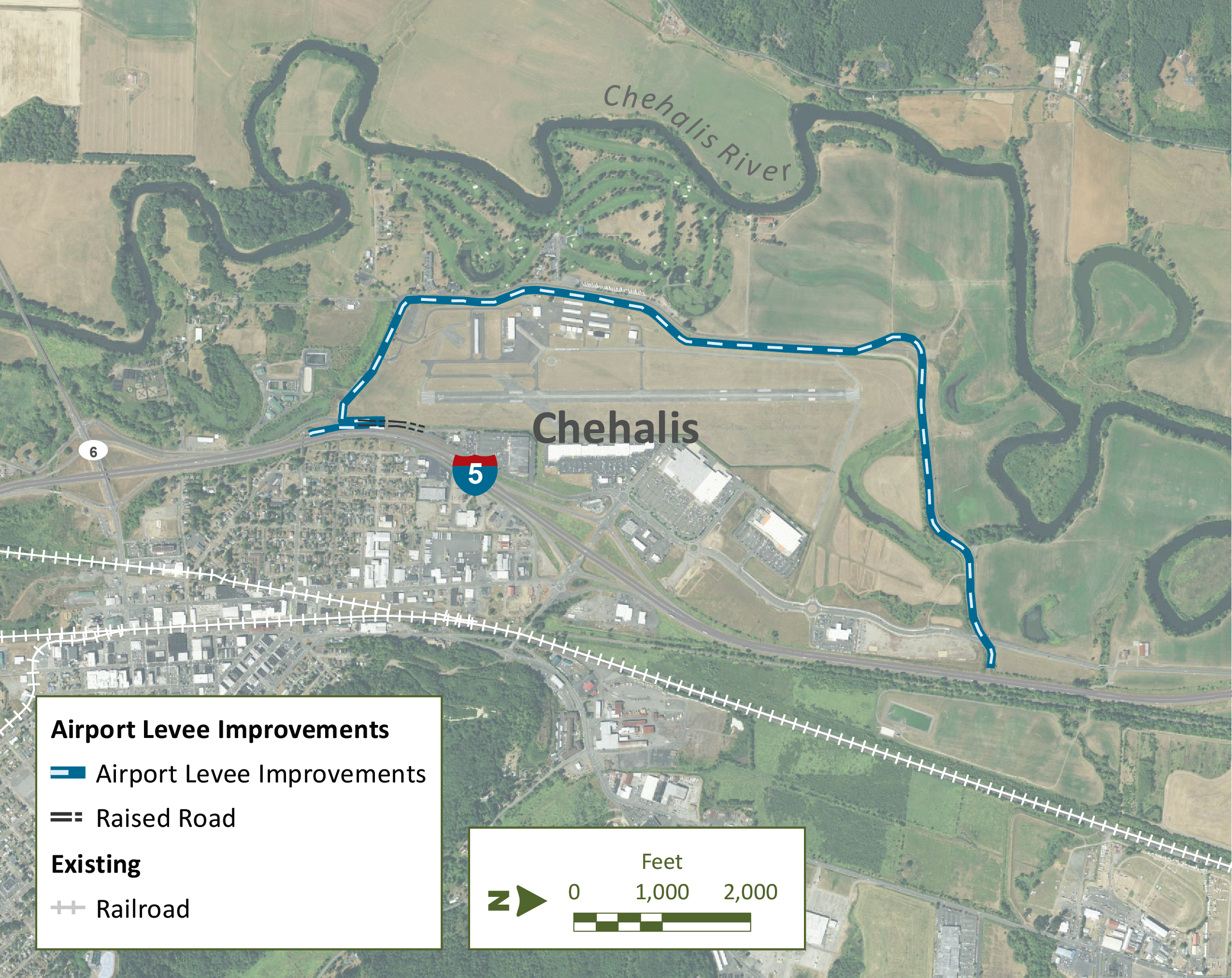 Description of the Proposed Project

A major flood in the Basin (an event with greater than 38,800 cubic feet per second at the Grand Mound gage located along the Chehalis River) has a 15% probability of occurring in any given year (an approximate 7-year recurrence interval).